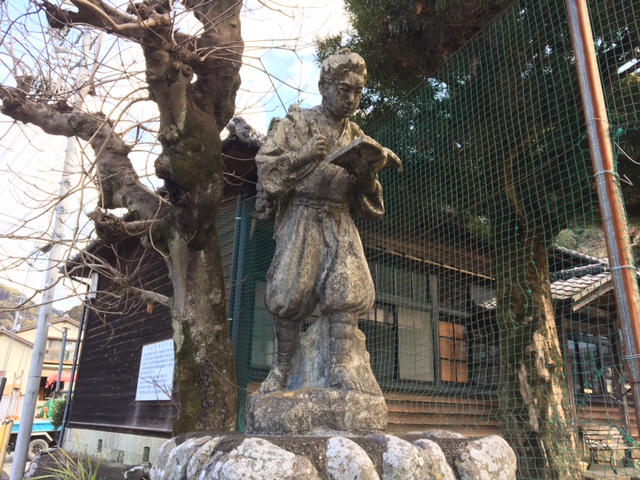 Statue of ninomiya Kinjiro (virtue) in elementary school I learned the book carrying the firewood on the one hand I had is not it? Today, is a story of the edges of the Kinjiro and "Shizuoka tea city".

Is a technical continuation school Japan's Sugiyama youth houtoku school building has been supporting the Shizuoka city in a mountainous area until the early Meiji period are "Doce" (poison perilla, Tung oil) and (Sugiyama youth night, commonly known as, after Sugiyama agricultural supplementary school) of ninomiya Kinjiro has supported the reconstruction of the region, that is has been introduced ago, but this time they and deeply expounded "hotoku thought" and their implications will introduce.

Stage is the Shimizu-Ku, Sugiyama of Sugiyama adolescent attends school. The local village headman, Katahira, Nobuaki Weng as Edo has tanked opening after Deke oil to replace cash crop tea encourages villagers again and again and faced the wall. Fukuzumi, brother met in 10/1876, suffering in the spread falls to his disciples (wipe the strain Masa eh) is a "powerhouse concretize" (fyoy hieroglyphics) wrote a book. Katahira Weng was impressed by the teachings of the second teaching written in this, just two months after the formed Sugiyama hotoku Inc. to this 44 people.

Sugiyama houtoku co. Katahira Weng began earlier still by the Meiji Government promulgated the educational system from (8/1872) 0/1869 "evening classes" to strengthen, founded the "Sugiyama youth houtoku school" in 0/1878 village, regarded as "synonymous with poverty" harmony of economy and morality to houtoku thought centering on economic revitalization through the introduction of the education of young people and tea and oranges through the fine raised.

Houtoku thought of youth education awareness, Fund accumulation, social contribution activities and initiatives, and a critical awareness of the villagers gather monthly employees (villagers), Sugiyama houtoku co. for the reconstruction of the village known as "ordinary" had been held. As well as local Sugiyama in the "ordinary", and inviting leaders from ihara district was the Spiel on the hotoku and economic (as well as agriculture, industry and commerce, including) is so drastically.

0/1887, in the small mountain village as a "businessman's duty", "putting power in getting the satisfaction of the demander expands the market" "achieve mutual benefit" that had been told what is and amazed at it.

Sugiyama district, still monthly 20 days "Conference" was held, in the beginning, everyone is chanting "hotoku rules".

"Parents roots to Decree of heaven and Earth and physical origin of parents..."

District, but the number was reduced in ihara district like monthly hotoku training chanting and its spirit has been passed down.

It may be recalled the way ancestors once again I became really difficult situation of tea production, but that now, because the value. 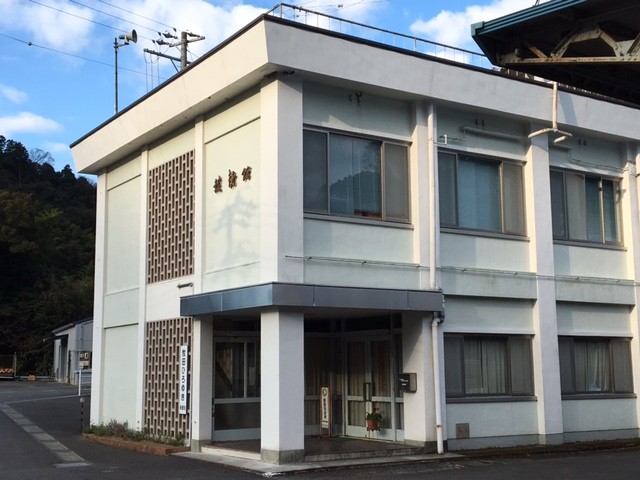 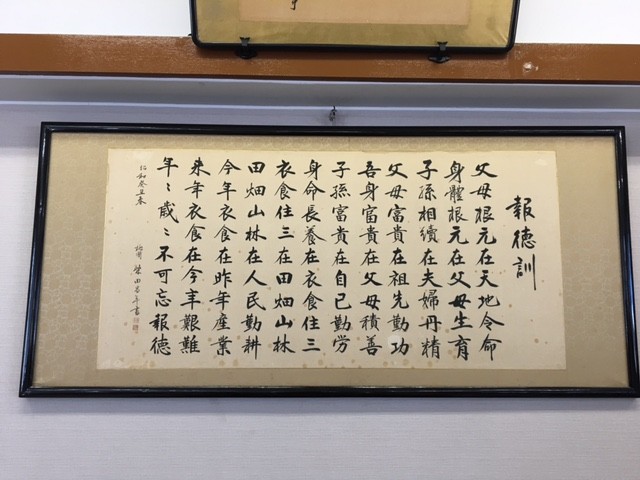