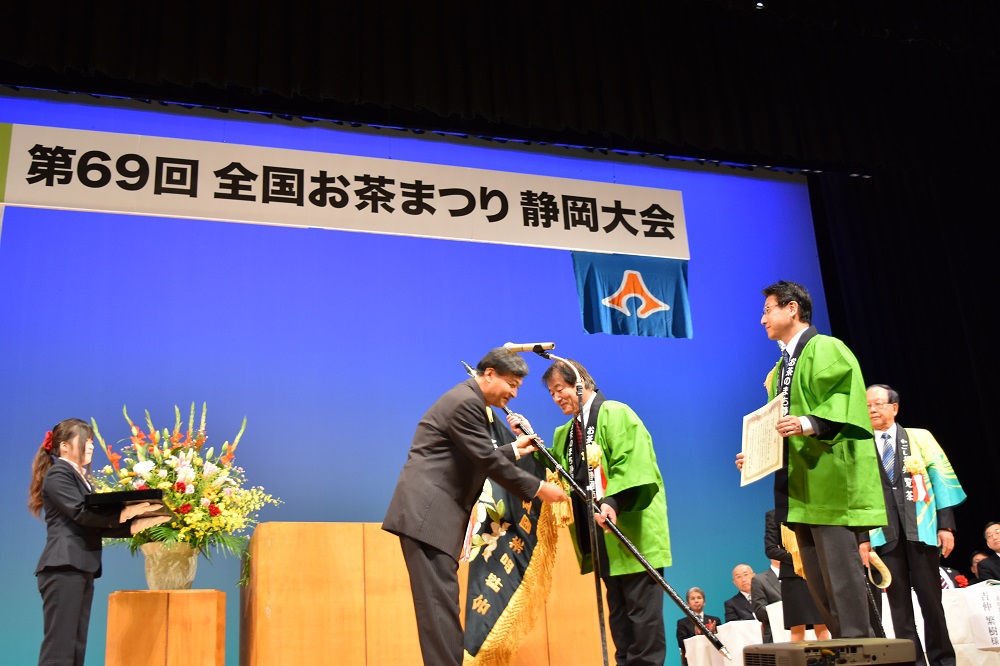 Each tea type (all 8Type) to city qualified for the reward,

For local tea seeds each and listing three or more from the same municipality, and determined by the examination scores top 3-point total review count, won the highest score, will be awarded a Championship flag!

And 25Became the winner of the Buri

Each tea typeThe best sellerIn contrast, only to "1st prize in category" gives the reward!

Top exclusive awards for the first time as the Shizuoka city feat.

To introduce the various aspects as "Shizuoka tea city" than ever had accomplished this great feat, Shizuoka city is really power that a producer may be felt again.

With thanks and pay tribute to daily, tea making have been competition producer who does not help. As people who live in the community that power is more and more tea to want to.

* All photos are in Shizuoka tournament last year's ceremony. 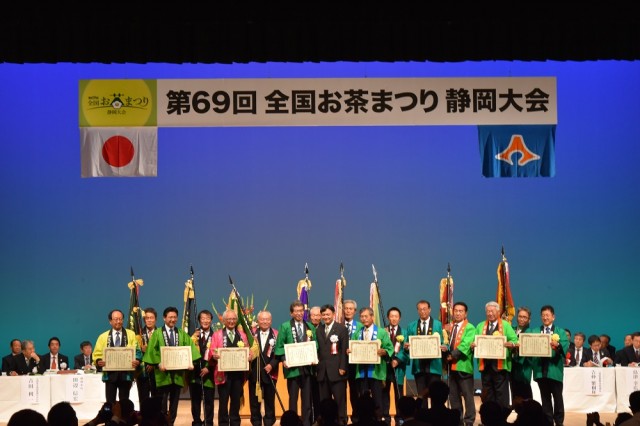